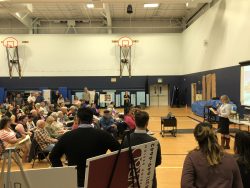 LIVE OAK — Three nonprofits are getting ready to submit a proposal for a $46 million project with 57 affordable rentals, a medical clinic, a dental clinic and a retail food space on vacant county-owned land at 1500 Capitola Road.

The unusual collaboration, in the works for a year, involves MidPen Housing, which opened St. Stephen’s Senior Housing in Santa Cruz, Santa Cruz Community Health Centers, which employs 70 people at the East Cliff Family Health Center in Live Oak and Dientes Community Dental Care, which last year treated 11,000 people, 97 percent living in poverty. This is the first time MidPen has teamed up with health care providers on a building project in Santa Cruz County. 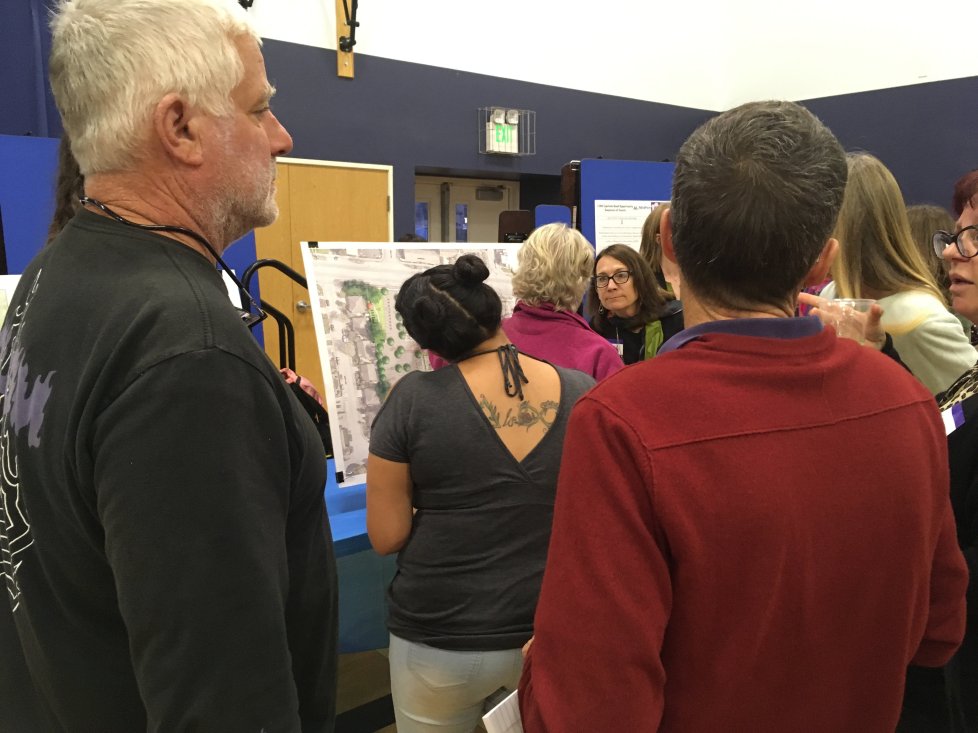 Attendees heard about changes made since a community input meeting in April and viewed renderings showing the latest plan for the 3.7-acre site. It calls for:

Some attendees applauded, but others didn’t want more traffic.

“The input we have received has really been invaluable,” said Henry Ruhnke, of Wald Ruhnke & Doss Architects in Monterey, noting changes made as a result.

The changes include moving the proposed plaza to save large trees on Capitola Road, adding planter seating, creating green space buffers for Leila Court neighbors by moving buildings that were proposed 49 feet from the property line to be 119 feet away and reducing the number of apartments, initially proposed to be more than 60.

The project site does not include 1668 Capitola Road where Live Oak Super operates, but Supervisor John Leopold told attendees, “We’ll continue to work with that property owner.”

The review, which will include an environmental impact report and a traffic study, is expected to take a year.

Arranging financing could take another year, so construction could be two years away.

When the county asked residents in April 2017 what they would like to see on the property, affordable housing was a priority. Last December, supervisors selected MidPen Housing as the developer.

Wilson said the money to build the apartments will come from low-income housing tax credits and state and local grants for affordable housing.

Leslie Conner of East Cliff Family Health Center said she is working to raise $10 million for construction and $1 million for operations.

Laura Marcus of Dientes said she needs $6 million and is at the halfway mark; the new clinic would mean expanding from 65 to 92 employees.

Each nonprofit has a grant of $2.5 million from the Central California Alliance for Health toward this project.

Conner said people are excited about having a dental clinic next door to a medical clinic.

“There is a need,” said Jan Lindenthal of MidPen, noting 76 percent of children at Live Oak Elementary qualify for free or reduced-price lunch and residents of MidPen communities drive on average four miles to work. “This will put people closer to their jobs.”

Greenhouses used to operate on the tree-filled property and for years, residents have taken advantage of the footpath, walking their dogs, their children and their grandchildren. Development means that will come to an end.

“I want a walking neighborhood,” she said.

Carol Childers, who lives on Leila Court, worries about flooding on her property and whether the soil on the former greenhouse property is contaminated.

Kathy Cress, a resident for 30 years, remembers when horses and sheep were on Chanticleer Avenue.

“I’m in favor of affordable housing,” she said. “My concern is it’s three stories.”

Michelle Aragon, a mother of two who teaches Zumba classes to 50 people twice a week at Live Oak Elementary, is impacted by traffic herself but sees the project as worthwhile.

“This is going to benefit so many people,” she said.