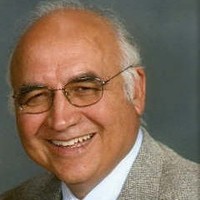 Randy Pozos was born and raised in Ventura, CA. He was the fourth of six children. His father was a Mexican immigrant as were his mother’s parents. The family was highly motivated to succeed and prospered.

Randy graduated from Gonzaga University in Spokane in 1974 with a double major in philosophy and biology. He pursued graduate studies at UC Berkeley and received his master’s in public health in 1976 and his doctorate in social cultural anthropology in 1980. His dissertation was on resolving social and cultural barriers to health for Mexican Americans.

Randy pursued a career as an educator and consultant in health and human services. More recently he has worked as an advocate for the Lakota Sioux Standing Rock tribe.

Randy’s wife Kathy is a medical anthropologist. They have three children and three grandchildren. His primary motivation is empowering others to create a better future.